The Finance Alliance conference track sessions are focus on the Oracle/PeopleSoft Financials and EPM product areas. These demonstration type sessions allow attendees to learn how their peers have resolved situations such as mandated regulatory changes, system upgrades, product customizations, integration with other institutional finance and human capital modules as well as third party vendors, and institutional strategic re-alignment. Some of the sessions are panel discussions that allow for open dialogue where all who participate have the opportunity to voice concerns and garner advice. Other sessions focus on specific Oracle product feature overviews and the roadmap for future development.

Other tracks for you to explore: 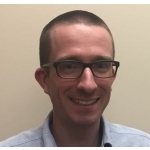 Ben Biltz
Track Chair
Get to know your track chair

Since 2003 I’ve worked in many roles supporting the financials PeopleSoft install at the University of Wisconsin.

From 2003 to 2005 I worked as a student in the technical department developing and testing code changes to the PeopleSoft implementation (at the time on version 7.5).

After graduation, I moved to working on functional support for the flagship campus for the University of Wisconsin (UW – Madison). There I supported financial reporting and both the Accounts Payable and Purchasing modules. I assisted in UW – Madison’s final transition from a Legacy mainframe to the PeopleSoft AP and PO modules and developed the initial PO rollover procedures for the institution. Towards the end of my time at UW – Madison, I lead the implementation of an imaging solution for AP invoices (ImageNow at the time, now called Perceptive Content). I also helped with testing and communication for the UW’s upgrade from version 8.8 to 8.9.

In 2010, I transferred to the office at UW – System that supported PeopleSoft for all of the University of Wisconsin (13 four year institutions, 13 two year institutions, and a state wide extension office). While at UW – System I supported the Accounts Payable, Purchasing, and Expense modules. I also was the functional lead for security in PeopleSoft. I supported both day to day operations and calendar/fiscal year end tasks (1099 reporting, PO rollover, TA rollover). I also designed functional specification for system changes and preformed testing on the changes. I was a member of the team for the upgrade to version 9.1 and for a later PeopleTools upgrade.

In 2016, I moved back to UW – Madison to focus more on grants and contracts. I currently provide PeopleSoft support for the Sponsored Programs office, run the monthly billing, train new system users, identifying system changes, and test code changes. I continue to work with other functional areas in the UW to ensure any changes made do not negatively impact other functional area. With the rest of the UW, I am preparing for an upgrade to 8.55 PeopleTools followed by an upgrade to 9.2.

I’ve presented numerous times at the Alliance Conference. In 2013 I joined the PTP Advisory Group and have been the track chair for Alliance 2016 and Alliance 2017. I am also working on the Personal Identifiable Information white paper that the HEUG is currently working on.

A Few of Our Sessions

Commitment Control: The Good, the Bad, the Encumbered

This will be an in-depth review of Commitment Control for functional users, with focus on liquidation processing, reconciliation, and troubleshooting.

Back to the Future! – Unleash the Power of PeopleSoft Financials

Many organizations can further maximize their investment by unleashing the potential of expansions delivered in the solutions they already own. This session will go ‘Back to the Future’ where attendees will learn about valuable capabilities in the PeopleSoft Financials solutions.

When it comes to supplier on-boarding, you don’t have to dive into the deep end of the water before you’ve even determined if it’s safe. Lone Star College used a staged approach to supplier self-registration, approval, and changes.

Note that this listing below includes sessions from other tracks that we think you may be interested in. If you are using our mobile app, make sure to select the track you see listed below in order to get that session added to your agenda.